10 obscure but brilliant 80s bands who should’ve been huge 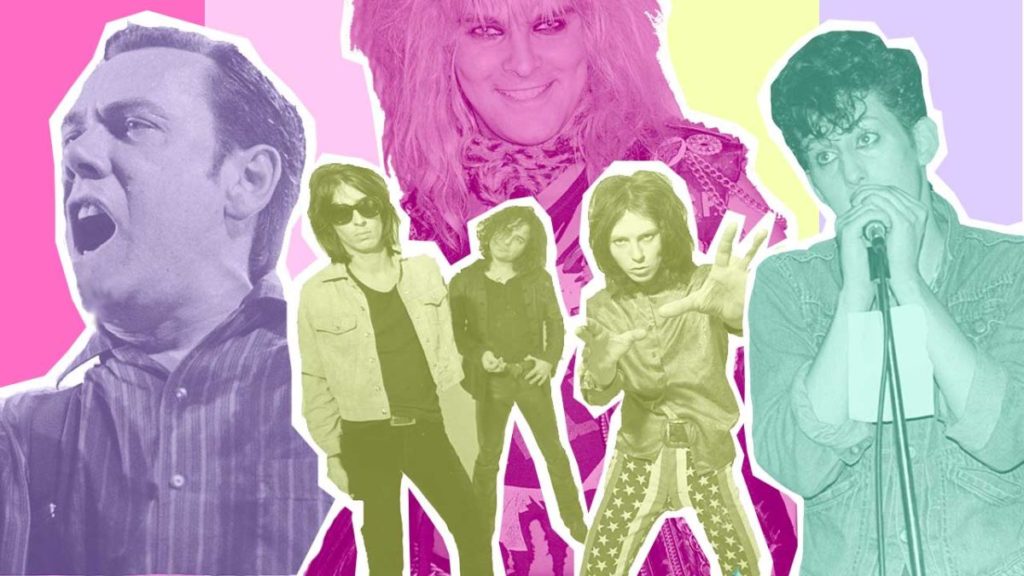 Curious times, the ’80s. On the one hand, rock hadn’t been bigger, with the MTV-fuelled success of – among others – Bruce Springsteen and Guns N’ Roses. On the other, countless new bands – having been signed by major labels – found their path to the top barred thanks to a combination of a risk-averse Radio 1 (John Peel excepted), a sniffy music press and a starvation-level lack of TV exposure (who can forget Sigue Sigue Sputnik’s ill-fated performance on The Tube in 1986?).

Here, then – with apologies to APB, The Blue Aeroplanes, Cardiacs, Flesh For Lulu, The Higsons and hundreds more – are ten great ’80s bands who fell through the cracks, all united in the fact that not one chalked up a single UK Top 75 hit.

Mining the same desolate terrain as The Chameleons and The Comsat Angels, this South London outfit’s 1980 debut, Jealousy, was a tripwire-taut exercise in atmospheric post-punk, typified by the classic I Can’t Escape Myself – a sonic template for everyone from Echo And The Bunnymen to Interpol. Pressured by their label for a more radio-friendly follow-up to second album From The Lions Mouth, the band responded with 1982’s All Fall Down – enough to bring Bruno Brookes out in hives. The Sound split in 1988, and frontman Adrian Borland – who had been suffering from a schizoaffective disorder – tragically died by suicide in 1999.

Formed in 1978 out of Birmingham’s Rock Against Racism action group, this fiercely political three-piece took punk’s radical spirit and fused it with funk and feminism on scorching, Peel-approved 1981 debut album Playing With A Different Sex. A taboo-trashing masterclass tackling subjects ranging from domestic abuse to unsatisfactory sex, it redefined pop’s possibilities, inspiring everyone from Bikini Kill to The Gossip. Lead single It’s Obvious – a slinky examination of the role of gender in relationships – remains as relevant today as it did then, its hypnotic rhythm topped by vocalist Lesley Wood’s supremely icy vocal.

A high-octane cross between The Cars and Elvis Costello & The Attractions, this Los Angeles quartet had everything required to burn chart rubber. Having set out his stall on their self-titled 1981 debut album, songwriter Peter Case went one better the following year with the gilt-edged power pop of single A Million Miles Away – a perfect showcase for the singer-guitarist’s Lennon-esque rasp. Its failure to chart precipitated the band’s split the following year, but The Plimsouls’ legend lives on. Blondie’s Clem Burke joined the band for a ’90s reunion, while Billie Joe Armstrong’s Green Day spin-off band The Coverups regularly perform A Million Miles Away live.

Formed in Worcestershire in 1980, these glam-metal trailblazers were nothing short of Evesham’s answer to Mötley Crüe, with 1984 debut Stakk Attakk a genre classic. However, a spirit-sapping series of label hassles saw a four year delay before 1988’s tellingly titled follow-up The Bizz Suxx, with not even a cameo appearance from Iron Maiden’s Bruce Dickinson in the video for lead single Nukklear Rokket enough to propel it chartwards. By the time third and final studio album Delirium met a similar fate on release in 1989, lead singer Rocky Shades had seen enough, departing to join punk stalwarts Discharge.

Boasting yin-and-yang twin frontmen Mike Jones and Craig Lindsey, The Playn Jayn were a fearsome proposition on the early ’80s live circuit, their paranoiac psych-rock captured in all its majesty on 1984’s Friday The 13th (Live At The Marquee), released on A&M. An overly slick production on (brilliant) 1985 studio debut Five Good Evils contributed to its failure to secure a commercial foothold, and the band split the following year, with Jones and guitar-playing brother Nick forming short-lived spin-off The Jayn.

Central players in Manhattan’s early ’80s punk-funk scene, The ’Tetras’ 1980 debut single Too Many Creeps still fills dancefloors today – a sonic touchstone for everyone from Sonic Youth to LCD Soundsystem. Despite support from early fans The Clash – drummer Topper Headon produced 1981’s Rituals EP, home to the classic You Can’t Be Funky – line-up changes and internal tensions led to their premature demise before a series of well-received reunions.

Formed in 1985 from the ashes of The Sid Presley Experience by brothers Peter (vocals) and Chris Coyne (bass), this South London five-piece’s blistering fusion of punk, R&B and pub rock paved the way for every homegrown aggro-rock outfit from Slaves to Frank Carter & The Rattlesnakes. Simultaneously too noisy for daytime radio and too intimidating for an indie scene which had retreated into its shell, The Godfathers eventually went to sleep with the fishes in 2000. Sonic calling card Birth, School, Work, Death, however, remains a masterpiece of tightly coiled rage.

As melodic as The Cure and as poetically playful as The Psychedelic Furs, this eyeliner-heavy Trowbridge quartet deserve to be more than a goth-rock footnote. Having established their Chelsea-booted credentials supporting the likes of The Cult and The Lords Of The New Church, 1986 debut album Friends suggested stardom was imminent, thanks to superb hit-that-never-was Away. The band split up after an indifferent reception for 1987 follow-up Lindy’s Party, but The Bolshoi weren’t without their admirers. Mike Edwards – a contemporary of singer/guitarist Trevor Tanner at school in Wiltshire – took their cerebral pop-rock formula to stadiums with Jesus Jones.

With British music in the doldrums following the demise of The Smiths, these art-school bovver-boys – led by twin brothers Ben and Scott Addison – had everything required to fill the gap. Laughing in the face of indie orthodoxy, their combination of Sex Pistols swagger (their debut album was due to be called Swankers) and glam-rock riffing saw them signed to Sire by legendary music biz mogul Seymour Stein, before line-up changes and label hassles conspired against them. 1987 single Shine On Me remains a proto-Britpop classic.

Why Thee Hypnotics didn’t become global superstars remains a mystery to match the origin of the Easter Island statues. Formed in High Wycombe in 1983, their 1989 debut Come Down Heavy‘s fire ’n’ brimstone approximation of The Stooges and the MC5 marked them out as inheritors of the rock’n’roll flame. However a series of set-backs – including a serious road accident in America while on tour with The Smashing Pumpkins, and the death of bassist Craig Pike from a drug overdose – effectively derailed their career, with 1993’s The Very Crystal Speed Machine – produced by The Black Crowes’ Chris Robinson – the most compelling of swansongs.