A Gothic myth and a Gothic fact 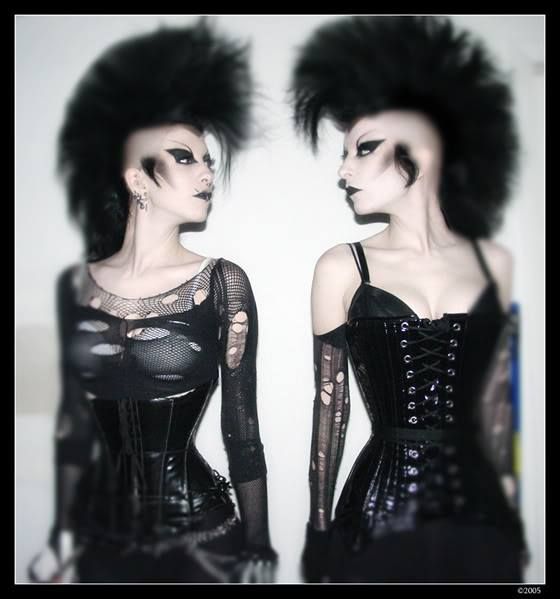 Goths and non-Goths alike confess stereotypes of the Gothic subculture—but that’s the precisely the problem.

Defining stereotypes in Webster’s New World Dictionary as “fixed or conventional conceptions, such as of a person, group, idea, etc., held by a number of people and allowing no independent thoughts, critical judgment, etc.”

Individuals who are not within the group that stereotypes are applied to, but criticize it for not comprehending the group, do this mostly due to a simple lack of understanding of the group.

It is much more likely that stereotypes represent stereotypes rather than real, living, breathing human beings. Stereotypes are held in such high regard that people believe them to be representational of whole groups, and that leads to intolerance, resentment, and misunderstanding, cultivating a divide between general society and the Gothic community. We need to burn those cardboard caricatures and discover the real truths behind the stereotypical fictions.

The Gothic trend of wearing black came from tortured-artist Beatniks. A Goth’s wardrobe choices are no more “Satanic” than the Beatniks’ .

Some Goths adopt ghoulish and morbid appearances as a form of rebellion against a sanitized and materialistic society, which takes pride in keeping one’s chin up no matter how badly one gets hurt.

Either way, it reflects a defiance of traditional ideas of beauty rather than a declaration of religion, and it still does today.

A Goth of any faith can be considered a Gothic member, from Jewish to Christian to Muslim to Buddhist, Wiccan to Atheist, and yes, even Satanic. The Christian Goth movement, most notably, has its own style of music, value system, and community.

There is a widely held notion that Goths are maladjusted, antisocial and incredibly proud of their scars from previous suicide attempts. This is utterly false. Many Goths feel lonely or depressed, but the rest of the world feels these problems too. Goths have no worse problems than normal humans.
The depression is more noticeable in Goths because Goths tend to be more open about their feelings, or perhaps because Goths seem odd compared to other depressed teens.

It is true that people who dress or behave in a manner that is out of the ordinary can expect to receive attention.

According to an article published in the Sacramento Bee, who runs an internet chat channel for goths, “But it’s almost as bad to blame this on me as they did with the guns at Columbine High School.”

Goths are especially vulnerable to acceptance, intolerance, and judgment as well as rejection, leading to a self-fulfilling prophecy. They face many difficulties, as other students do. According to Charles Taylor, in his article “Wild Children” from Salon.com: “those who have turned their backs on Goth kids or any other kids who don’t conform have yet to grasp that their suffocating perfection is the strongest argument.”

As for the Gothic “obsession” with death, the more appropriate word is probably “respect,” as a way of accepting, acknowledging, or dealing with the unpalatable. In other words, Goths refuse to consider things acceptable merely because they are aesthetically pleasing, while disliking things that are unpleasant or uncomfortable to deal with.

Goths emphasize that American pop culture does too much of the beautiful and happy. It does not confront loss, pain and death as well, if at all, say Seattle Times staff reporters Janet I-Chin Tu and Alex Tizon in “Goths”

The Gothic subculture can also be understood as a way to cope with the darker aspects of life. Its perspective on death, on the other hand, is one of accepting the truth of death rather than denying it or hoping that it will just go away.

Goths embrace death, and respect it for what it is, no matter how much it upsets the natural balance of things–as much as denying it does. That is the attitude of Goths.

Because Marilyn Manson’s music is so discordant with the Gothic movement, he cannot be considered a representative.

Manson’s entire life is motivated by his fear of society’s reaction to his actions; he has to compromise self for the sake of image. His music, his appearance, his demeanor—everything revolves around what he believes society loathes and does not approve of. According to J., the satanic shock-rock star with his violent music, who has no artistic or philosophical ties to their [Goths’] community, has never been integrated into their psychedelic sensibilities.

Goths just want to exist as what they are (which is, in general, a darker, introspective version of “normal”).

Even though many Goths enjoy the music of Marilyn Manson, he is not universally regarded as “Goth”– even by his devotees.

In an article from the online news magazine APB Online, Diane Snyder writes, “About 75 percent of Goths consider his music Goth, while 60 percent call it Heavy Metal.”

Other Goths enjoy musicians such as Bauhaus, Sisters of Mercy, Siouxie and the Banshees, Rasputina and so on. They aren’t held up as “descriptive” of that movement.

I myself am a big Richard Marx fan, who is well known for his love ballads “Right Here Waiting” and “Endless Summer Nights” and who has more recently moved into music that sounds like your favorite country singer SheDaisy. Nothing terrible there.

It is very difficult for a movement that revolves around an idol to emerge before the idol does, as will be shown in great detail in the following section.

The media portrayal of the Gothic movement seems to have had quite an impact on Marilyn Manson, and the music is likely to have been turned up a few hundred notches to assure the correct kind of reaction.