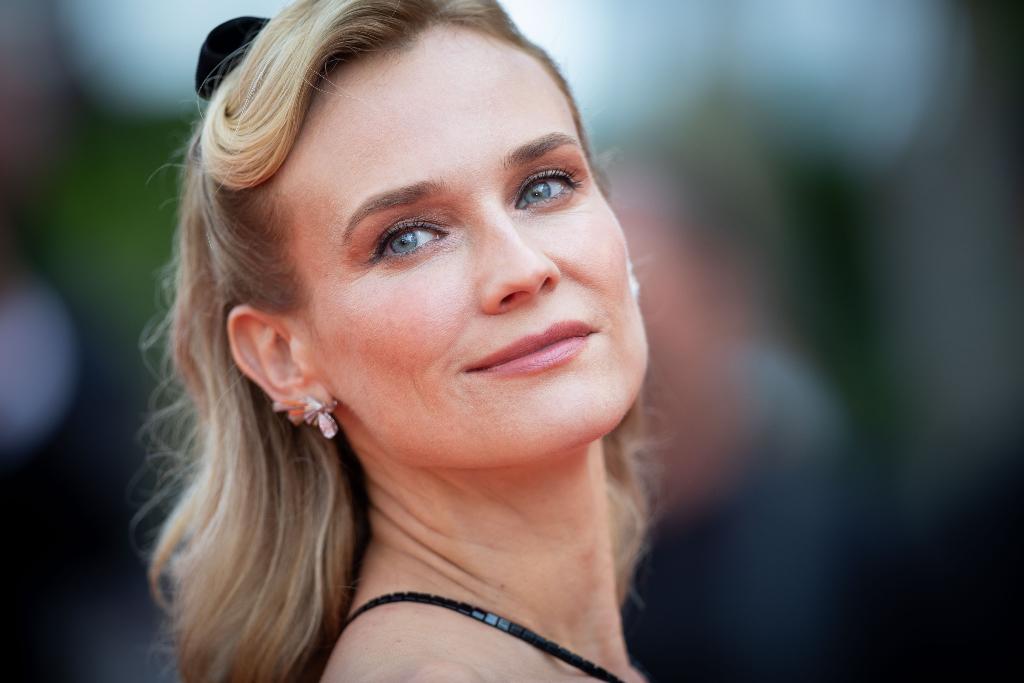 Diane Kruger looked as graceful as ever on the red carpet at the Cannes Film Festival 2021.

On Wednesday, the actress appeared to transform into a goth ballerina, wearing a black tulle dress for the event. The gown started off with a jeweled cut out halter top, a velvet band around the waist and a billowing mesh skirt. The skirt of the dress was adorned with crystals that cascaded down the dress in a diagonal fashion.

Keeping the dainty theme going, Kruger accessorized with diamond earrings and a velvet black bow was positioned at the top of her head.

Mesh and sheer looks — whether that be in the form of gowns, dresses, shirts, skirts or pants and even footwear — are having a major moment this year on and off the red carpet. After the material was seen on the spring ’21 runways of Fendi, Balmain, Kenzo and more celebrities have taken the trend from the catwalk and into their daily lives. In addition to Kruger, stars, including Cardi B, H.E.R., Rihanna and more have sported different iterations of the trend.

The material has also been popular at Cannes with Jessica Chastain showcasing a mesh look at the festival on Tuesday. Chastain was photographed leaving Hotel Martinez, wearing the gown, which, like Kruger’s served up goth vibes, but in the most elegant way. Chastain’s look featured a cage-like design underneath a sheer material that was also adorned with velvet swirls. The dress was finalized with a sweetheart neckline and a tulle skirt. Chastain complimented the bold look with a jeweled necklace and a red lip. She styled her hair in a side ponytail.

Click through the gallery to see more moments from Cannes Film Festival 2021.