Emo is different from Goth. 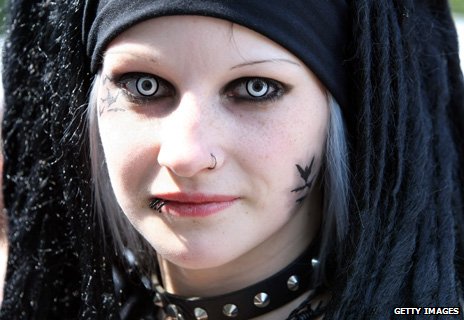 The distinctiveness between Emo and Goth is what we will strive to expose here.

A quick definition of Emo first. Emo stands for emotional hardcore. It’s a type of punk rock that originated in the middle of the past century in Washington, whereas Goth is an earlier term that describes Gothic rock.

So, what’s the common ground between emo and goth? Basically, both are experimental underground music and hardcore punk styles. Their roots are in punk, though emo emphasizes local influences but goth is influenced by electronica.

Goths tend to listen to The Cure, Sisters of Mercy, Christian Death, and Dead Can Dance. More likely than not, emos listen to Fall Out Boy, Scary Kids Scaring, or Five Seconds of Summer.

Next, let’s look at the key differences between goths and emos. Their aura is somewhat similar and they’re often associated with depression, cutting, darkness, and more.

Although one particular personality cannot be categorized as solely goth or emo ‘“ it still varies.

The only color that they have in common is black. But what about their tastes in fashion? This is very easy to categorize. Goths wear a lot of black clothing except for those that belong to the raver or glitter-goth sub-genres.

In addition to their all-black ensemble and black nail polish, they have black lipstick and eyeliner.

In addition to their band wear, they like to accessorize with leather chokers, corsets, frills, or layered jewelry. Emo still favor black, but they also prefer tight jeans, scarves, hoodies, and layered clothing.

As opposed to Goth, who have sub-cultures related to black magic, vampires and witchcraft, their way of thinking veers more towards the nature of death, fiction and fantasy.

Knowing the basic similarities and differences between goth and emo is the key to telling the difference. Isn’t that right?