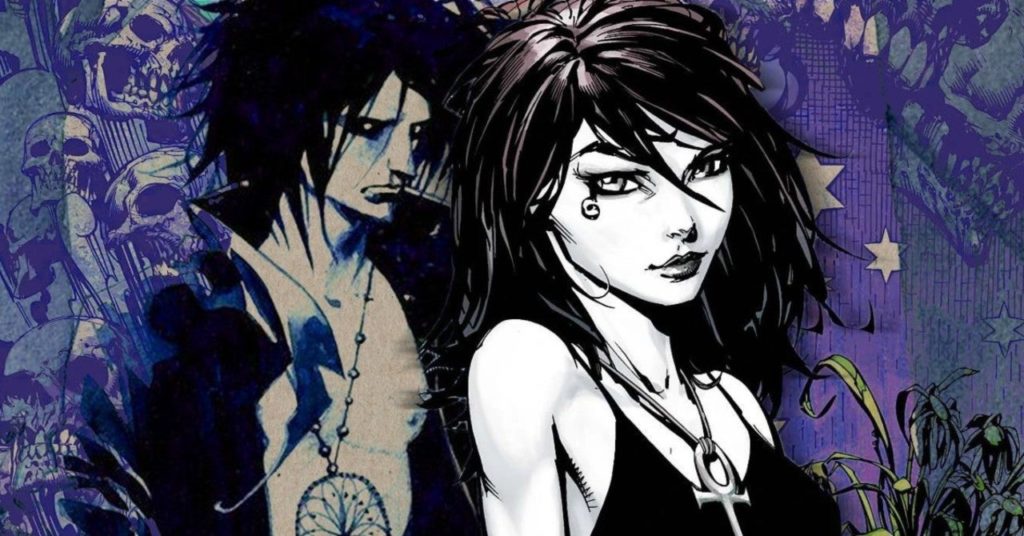 A set photo from Netflix’s The Sandman series may reveal our first look at the character Death of the Endless, who will be played by actress Kirby Howell-Baptiste. A fan snapped photos of production underway on The Sandman over in London, and happened to catch Howell-Baptiste in a black-colored costume that seems to invoke the Goth-style outfits Death wore in Neil Gaiman‘s Sandman comic series. In addition, some photos also give us a look at Tom Sturridge, who will play the starring role of Dream in Netflix‘s The Sandman. Take a closer look at the Supposed image of Kirby Howell-Baptiste as Death, below:

When Netflix cast Kibry Howell-Baptiste as Death in The Sandman, there was some immediate backlash. Some fans feel as though Death’s depiction as a pale-skinned Goth girl was something crucial to the character – and is therefore missing with the casting of a black actress in the role. That response prompted Neil Gaiman himself to quickly respond, supporting Baptiste and the cast of Netflix’s The Sandman as a whole. Here’s what Gaiman said when one angry fan questioned his integrity towards his work, after Netflix’s casting of Sandman was announced:

“I give all the f*cks about the work. I spent 30 years successfully battling bad movies of Sandman,” Gaiman tweeted. “I give zero f*cks about people who don’t understand/haven’t read Sandman whining about a non-binary Desire or that Death isn’t white enough. Watch the show, make up your minds.”

So far, the teases of Netflix’s production have certainly given fans reason to be intrigued to watch The Sandman. A production video showed that the show’s production design and actors will be captivating, as even Gaiman is shown being happily bewildered by the way the showrunners are bringing his world and mythology to life. Gaiman was certainly excited by the creative effort Netflix is putting into The Sandman, when he spoke to Comicbook.com last year:

“I get these emails of production design stuff on Netflix and Sandman that I just want to show them to everybody, and I know that I can’t. They’re incredibly confidential, but I look at them, and I glow. The other day they sent me Lucifer’s castle and the gates to Hell and all of these Hell designs, and I’m just like, ‘This is amazing. Oh my gosh.’… We couldn’t have done that, I think even five years ago, definitely not 10 years ago. The technology wasn’t there. The budget wasn’t there. The audience wasn’t there. The delivery systems weren’t there. The idea of going off and doing Preludes and Nocturnes and The Doll’s House as our first 10 episodes, nobody would’ve let us do that. The world wasn’t ready. So, it’s ready now. They caught up with us.”

No premiere date for The Sandman has been announced yet.