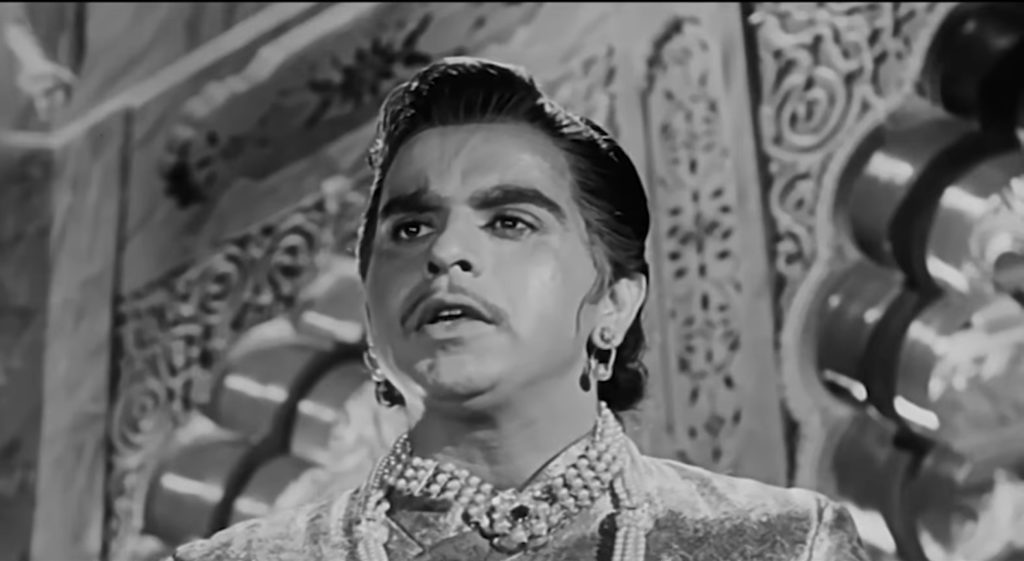 Once dubbed by the film world as the ‘Tragedy King of Bollywood,’ Dilip Kumar was a driving force in classic Indian cinema. Leaving behind a massive cultural crater, the nonagenarian passed away on July 7th at 98 due to a prolonged illness. His half-a-century legacy from the early Forties to the late Nineties has given timeless gems to the Hindi Film Industry. A contemporary of icons like Dev Anand and Raj Kapoor, the legendary actor introduced realism in his films which created gigantic ripples in the post-independence era.

We bring you a list of the timeless Dilip Kumar movies which transport you to the renaissance of Hindi cinema as we know it today.

A rom-com by National Award-winning director Mehboob Khan (Mother India), Andaz revolves around the story of Dilip (Kumar) who explores the thin line between friendship and relationship as he falls for Neena (Nargis). His demure affection is tested as Rajan (Raj Kapoor), Neena’s fiance, enters the story. Andaz’s huge success is owed to its innocent romance and its unique disposition of the human psyche.

Undeniably, Mughal-e-Azam is one of the most celebrated and impactful movies from the classical era of Bollywood. The fairy-tale theatrical sets, extravagant costumes and a star-studded trifecta including Kumar as Prince Salim, Madhubala as Anarkali and Prithviraj Kapoor as Emperor Akbar recreate an infamous incident from the Mughal era. This cinematic masterpiece gave India one of the most iconic soundtracks, including the song “Jab Pyaar Kiya Toh Darna Kya,” shot in the magical Sheesh Mahal.

Any amount of praise of the cinematic excellence of Devdas will be insufficient. This Bimal Roy direction is based on the eponymous Bengali novel by Sharat Chandra Chattopadhyay. It is considered to be one of the most prominent works of Kumar as a lovesick, seethingly distressed hero. Still, numerous adaptations later, including Sanjay Leela Bhansali’s Devdas (2002) and Anurag Kashyap’s Dev.D (2009), both brilliant films, Devdas’ original essence remains unmatched.

A period drama set in the mid-19th century, Kumar plays the role of a revolutionary, Sanga, who made it his life’s purpose to drive out the British from the country. A blockbuster film directed by Manoj Kumar (Patthar Ke Sanam, Roti, Kapra Aur Makaan), Kranti is a star-studded watch with an ensemble cast of Shatrughan Sinha (Kareem Khan) and Shashi Kapoor (Shakti) alongside Dilip Kumar and Manoj Kumar (Bharat). Kranti marked the end of Kumar’s five-year hiatus after Bairaag (1976) and recorded a historical response as theaters ran packed for almost three months after its release.

Dilip Kumar appears in a double role in this creepy paranormal romantic drama alongside Vyjayanthimala as protagonists. Madhumati, a gothic film-noir plot, is also directed by Bimal Roy. It focuses on a romantic relationship between Anand (Kumar) and Madhumati (Vyjayanthimala) and pioneered the topic of reincarnation in Indian cinema. Its unique characteristic earned it due credit as it became one of the highest-grossing films of the Fifties. It also won nine Filmfare Awards, including Best Film, Best Director and Best Cinematographer. It also won the National Award for Best Feature Film in Hindi. You may recognize Madhumati from its iconic track “Suhana Safar Aur Yeh Mausam Haseen.”

Similar to Devdas in some ways, despite preceding it, Daag stars Kumar as a simple toy-maker who hits rock bottom trying to make ends meet when tragedy strikes. He takes to drinking when he can’t achieve the love of his life, who surprisingly is also called Parvati (Nimmi). Kumar’s tragic and moving intoxicated acting earned him his first-ever Filmfare award for Best Actor.

A fan-favorite film, Kumar took to the producer’s seat in Ganga Jamuna. As the protagonist, he played the role of a dacoit (Ganga) who is at odds with his police officer brother Jumna (Nasir Khan). Ganga Jamuna brings a layered drama to the table as each character has a defined complex background. We find inklings of a modern thriller in the climax of this heartbreaking film. Kumar was nominated for Best Actor at the Filmfare awards for yet another riveting performance.