SÉANCE Is Releasing on Blu-ray and DVD From RLJE Films! 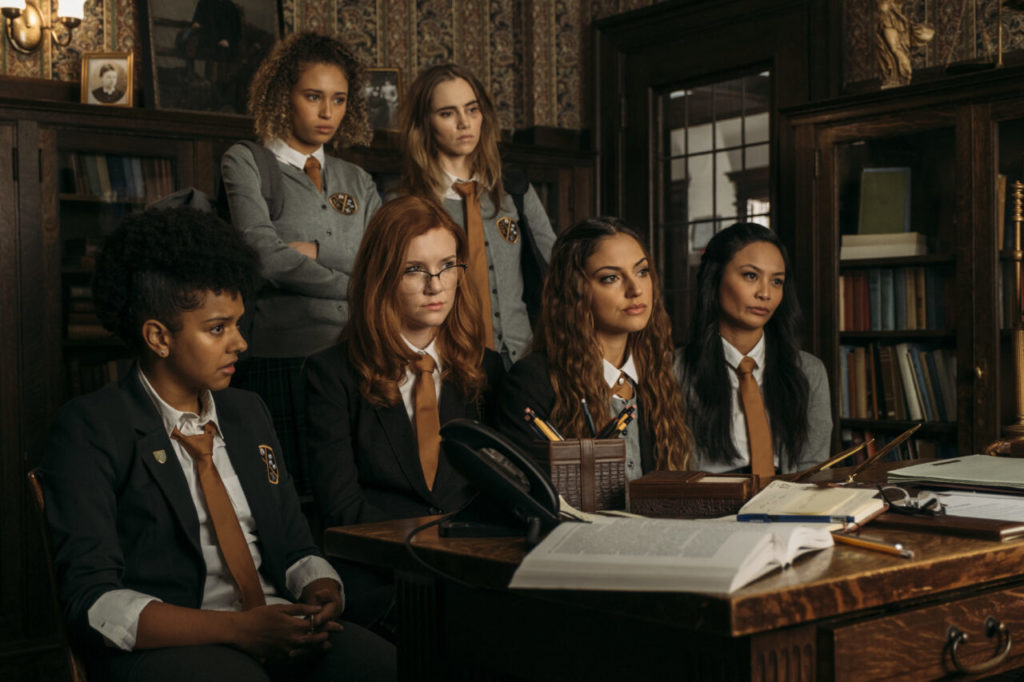 Filmmaker Simon Barrett has emerged as a horror tour de force over the past decade as both a writer and director, with thrilling genre entries You’re Next, The Guest, Blair Witch and one of my all-time favorites, 2004’s Dead Birds.

This exciting writer/director has emerged as a once-in-a-generation horror filmmaker and, in my opinion, has established himself as one of the greats!

His latest film Séance is both written and directed by Barrett. Séance is an atmospheric, supernatural thriller that is reminiscent of the gothic styled movies that Hammer Film Productions were known for back in the golden age of horror cinema.

Séance stars Suki Waterhouse (Insurgent), an emerging actress of extraordinary caliber in her own right.

Séance also stars Madison Beaty (Once Upon A Time In Hollywood), Inanna Sarkis (After We Collided), Ella Rae Smith (Into The Badlands), Stephanie Sy (Nobody), and Djouliet Amara (Tales From The Hood 3) rounds out this strong female-driven cast.

SYNOPSIS: In Seance, Camille Meadows is the new girl at the prestigious Edelvine Academy for Girls. Soon after her arrival, six girls invite her to join them in a late-night ritual, calling forth the spirit of a dead former student who reportedly haunts their halls. But before morning, one of the girls is dead, leaving the others wondering what they may have awakened.

Séance is slated for release on August 3, 2021 by RLJE Films and will premiere on horror streaming service Shudder later this year.