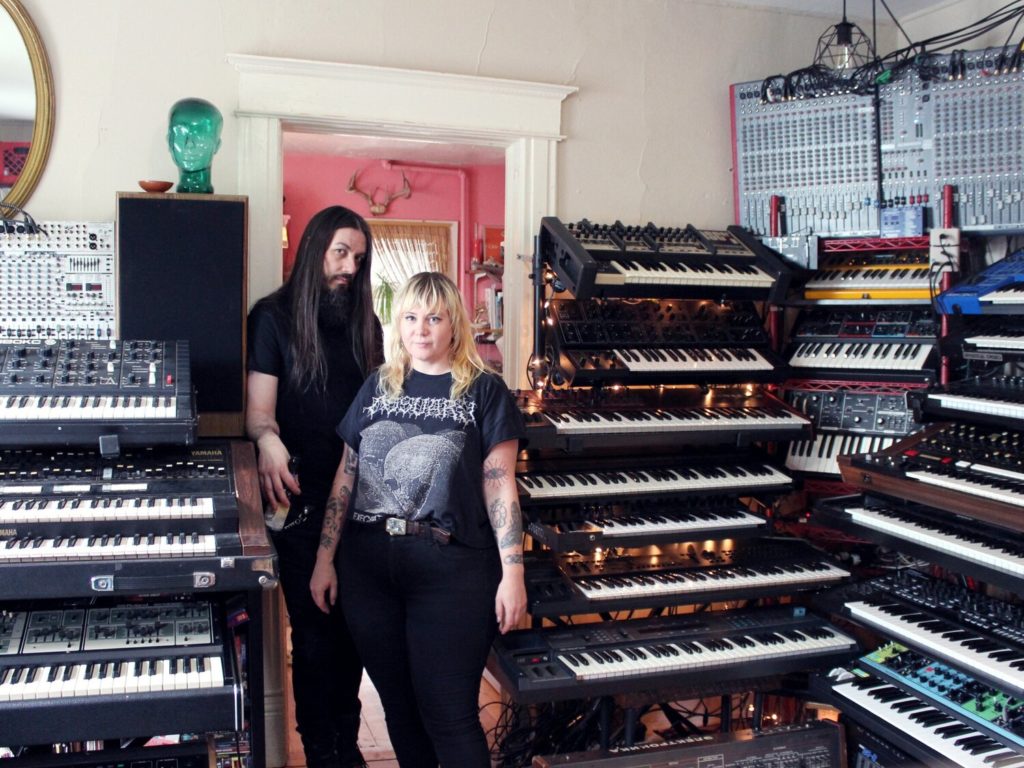 The Madison label aims to fill some obscure gaps with its fussed-over vinyl releases.

Walking into the East Side apartment that serves as headquarters to Madison label Secret Records, one immediately confronts a vertiginous staircase of synthesizers. Tightly arranged on a series of ascending keyboard stands, the synths take up about half the wall space in Vincent Presley and Lacey Smith’s living room. They all feed into a large mixer that looms ominously in an upper corner. The collection spans from the early 1970s to 2020, analog to digital to FM, familiar names like Roland and Moog to far-flung ones like the Soviet Polivoks. It must all look like a glorious challenge course to Smith and Presley’s cats.

“I have another drum machine coming today,” Presley says during our interview. “I think I got three synths in the mail this week.” At the same time, he frequently sells off synths to fund the purchases of others he’s curious about, making for a constant process of shipping in, shipping out, re-arranging, and re-connecting.

That restless (and potentially perverse) drive to collect has fueled Presley and Smith’s efforts to grow Secret Records’ doggedly eccentric catalog. They initially started Secret to release recordings from their own projects, especially Zebras, a trio that evolved from squirrelly post-punk to apocalyptic sludge (with Presley on guitar and vocals, Smith on synth, and Shawn Pierce and later Shane Hochstetter on drums).

By the time Zebras broke up in 2017, Secret had started to branch out into vinyl editions of rare and almost-lost recordings from various corners of electronic, experimental, post-punk, and industrial music. Presley and Smith don’t pay themselves for their work on the label, but they say it largely sustains itself—largely thanks to their relationship with the long-running experimental band The Residents.

“The Snakefinger thing, that was a bootleg that was floating around for a long time, and we listened to it all the time,” Smith says. “We were just like, ‘This is so cool, somebody should put this out.’ Since we knew La-Ni, his daughter, we were just like, ‘Let’s just make this.'”

Secret got it remastered and turned it into a limited-edition double LP, complete with new art from Residents singer Molly Harvey and liner notes from Jello Biafra. Smith drew on her skills as a freelance artist and designer to pull together the complete package. There were no master tapes to work with, which Presley says is often the case when digging up recordings that never got a commercial release, or came out on now-defunct labels. So, sometimes they’re working from “a questionable source to begin with,” Presley says, but he credits mastering engineer Carl Saff for the respectably sharp end result.