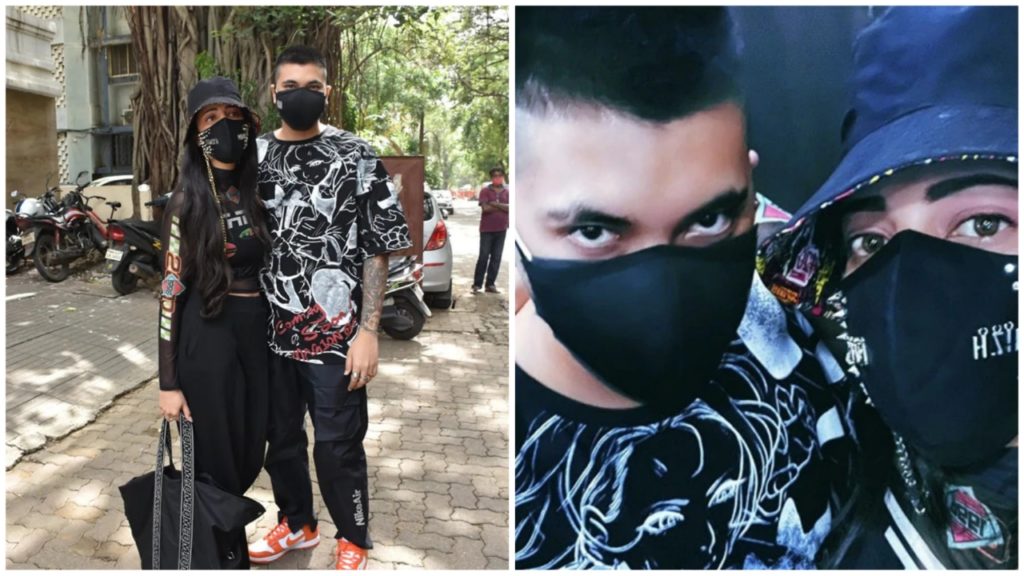 Check out Shruti Haasan and her boyfriend twinning in an all-black look.

Shruti Haasan is an Indian actress who mostly works in the Telugu film industry. The actress has impeccable taste in fashion and she has a keen eye for styling some bold and unique looks. Even though metallic and goth styles are her favorite, the actress is very versatile when it comes to fashion and she can pull off any look!

Recently, the actress was spotted stepping out of her home after isolating for almost 3 months. She was dressed in her usual all-black look. But she wasn’t alone! She had stepped out with her boyfriend, Santanu Hazarika, who was also dressed in black. The two gave out some major couple fashion goals!

She had posted a selfie on her Instagram story mentioning how they were “double-masked – vaccinated and super sanitized to step out after three months.” The adorable duo was spotted sporting matching outfits, both of them twinning in an all-black look.

The actress was discovered in a black top with bits of see-through fabric. She paired the top with a pair of loose-fit comfy pants and black-neon runners. She finished the look with a black bucket hat and her classy studded mask. Her beau was also styled in an all-black look. He wore an oversized black t-shirt with some eccentric prints which he paired with some comfy pants and bright white and orange runners.

The two looked adorable twinning in their all-black attire. Take a look at their twinning moments here and let us know in the comments what you think of their matching outfits!

Stick around for more updates at IWMBuzz.com!