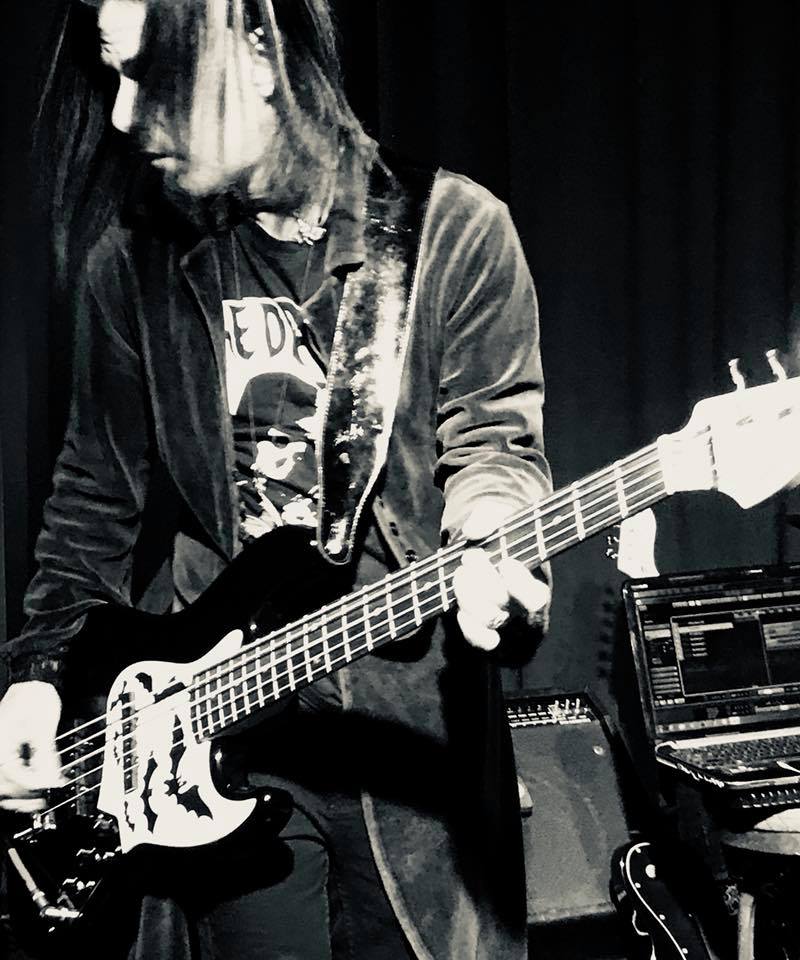 The band say of the album: “Fight the Stairs is our most focused and organic record to date. The songs were birthed in the jam room and recorded live, capturing those elusive concert vibes. What we came up with felt like it combines the melody of the first album with the abrasion of the second, whilst adding a pinch of psychedelia to widen our lens.”

Emerging in fits and starts from 2013, Sounds Like Winter would go on to blaze a trail of increasing confidence and originality, bringing a contemporary voice to the classic post-punk formula. Citing “tight black jeans” and 1982 as key influences, theirs is a sound firmly entrenched in the 1979-83 era of darker edged punk, post-punk, deathrock, and early goth. Loping bass and scything guitars are ferried atop a dervish of neo-tribal drums, drawing comparisons to Joy Division, The Birthday Party, Bauhaus, Christian Death, Siouxsie and the Banshees, and Sex Gang Children. And yet, Sounds Like Winter continue to evolve into one of the most exciting acts in the contemporary post-punk milieu. Where they have forged their own identity, and one that is relevant to the present day, is through songs that address the inherent absurdity of modern life, with a wry smile and a call-to-arms.

The debut album, ‘Initiate’ (2016) showcased a diverse range of styles fighting for dominance, as the band found their feet and sought to make a mark in an increasingly atrophied Sydney scene. Singles from the album included the melancholic post-punk of ‘The Boneman’, the distinctly Antipodean swamp-rock meets sea-shanty of ‘Ishmael’s Bones’, and the more electronic ‘Porcelain’. Momentum gathered with the follow-up ‘Ossuary’ EP, before 2017 saw the band emerge fully formed with sophomore LP ‘Sticks and Stones’. Here, the previous album’s moments of synth-driven grandeur were pared back, in favour of a more direct and cohesive approach. Lead single ‘Blood Red’ exemplified their feverish brand of neo-tribal post-punk; ‘Life of the Just’ returned to more melodic atmospheres; while a cover of ‘Gritar’ (“shout out”) by legendary Uruguay post-punk band Los Estomagos, sung in the original Spanish, consolidated the band’s Central and South American fanbase. The accompanying video made clear (in anyone’s language) Sounds Like Winter’s stance in the fight against inequality and oppression.

Throughout this time, Sounds Like Winter toured constantly between Australia and New Zealand, garnering an ardent following via electric performances, highlighting the spikier end of their repertoire. Their reputation as an exciting and energetic live band meanwhile landed them support slots with heavy hitters such as Peter Murphy (Bauhaus), Pop Will Eat Itself, and The Chameleons, while their second tour of New Zealand with compatriots IKON and local stalwarts Disjecta Membra continued to win over new audiences. They have remained a constant feature of international playlists and compilations, and ‘Sticks and Stones’ graced numerous End of Year ‘Best of’ lists for 2017. The four-song single ‘No Interest’ (two new studio tracks, and two live songs from ‘Sticks and Stones’) appeared in 2019; the title track still in high rotation with specialist DJs worldwide.

Finally, in 2021, Sounds Like Winter return with their much anticipated third album, ‘Fight the Stairs’. CD and digital versions are available now from Bandcamp, along with Vinyl pre-orders: here.