The Dramedy Releases New Album ‘And the Light Goes White’ 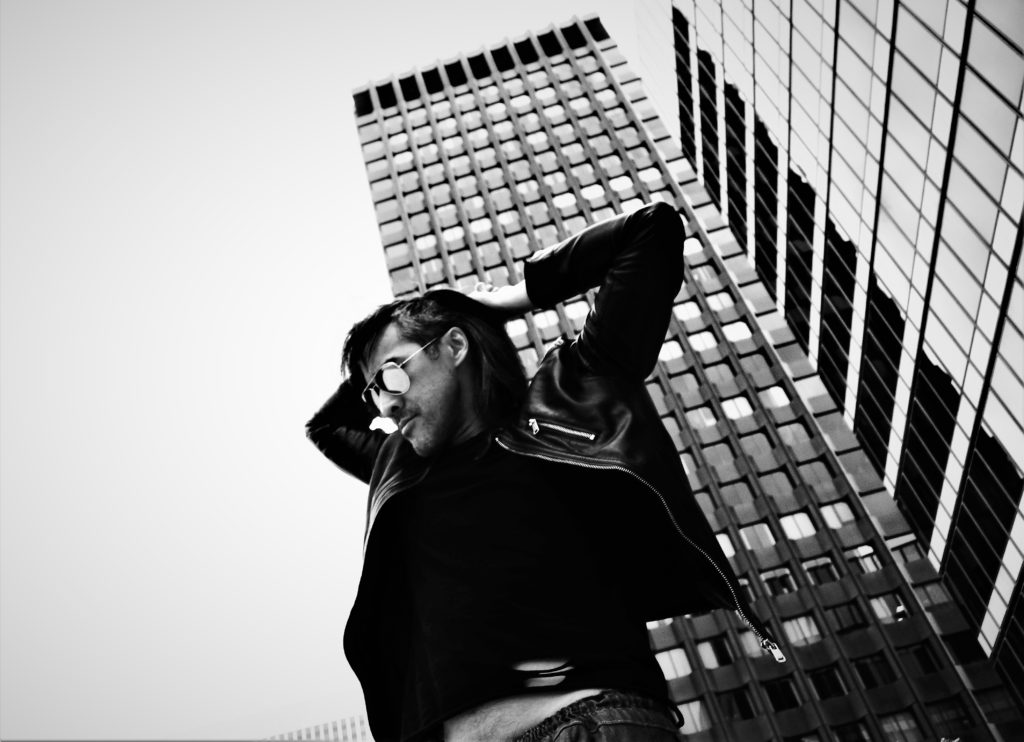 The Dramedy is the creative outlet of frontman, guitarist, multi-instrumentalist and producer, Dave Dramedy. Dave is best-known for his work in the ‘dark alternative’ musical spectrum, from his time as the regular live sideman to Caroline Blind (Sunshine Blind) and as a former member of L.A. deathrockers Readership Hostile, through to the dark alt. rock influences exhibited by The Dramedy’s own debut album, ‘StrAngr(S)tiL’ (2018).

The new follow-up album, ‘And the Light Goes White’, however, defies any such genre expectations.
Some of the new album’s biggest surprises include the influence of Britpop and indie guitar pop, combined with tender acoustic ballads, and the big, melodic guitar and vocal hooks of classic rock and alternative rock.

“The title of the record reflects the lyrical content of the songs, which is the end of a relationship. People associate the color white as signifying positivity, maybe so. But white can also be seen as a blank slate; the ‘unknown’. What happens next after escaping a toxic relationship can be disturbing, because there is the element of the unknown. And as we know, people have the tendency to fear the unknown.”

Notable examples include the anthemic ballads ‘Waiting on You’, ‘Circle the Road’, and the beautiful album closer ‘All Our Yesterdays’; the deceptively jovial ‘60s pop-rock swing of ‘What’s Left to Say’; through to the hook-laden classic rock meets alt. rock of ‘Parasite’ and ‘Clock Strikes Heaven’, both straddling the divide between contrasting light and dark shades of rock on display.

Still darker themes are nevertheless present, due in no small part to the album being created during the strenuous and claustrophobic circumstances of the Covid 19 pandemic, while lyrically dealing with more personal anguish, as Dave elaborates:
“The title of the record reflects the lyrical content of the songs, which is the end of a relationship. People associate the color white as signifying positivity, maybe so. But white can also be seen as a blank slate; the ‘unknown’. What happens next after escaping a toxic relationship can be disturbing, because there is the element of the unknown. And as we know, people have the tendency to fear the unknown.”
Musically, those darker undertones are exemplified in the album opener ‘Vow’, blending hints of Appalachian folk music in its unsettling intro, with ominous heavy guitars and both programmed industrial rhythms and live drums. ‘Popsicle’ meanwhile takes on frenetic “dance punk”, post-punk, and electro-industrial-rock elements; ‘Days’ adds a gloomier twist to the album’s jangling acoustic moments; and ‘Life Bites Me’ is propulsive post-punk meets disco, replete with Joy Division-esque synths.

While Dave Dramedy is clearly at the core of the project, many of the tracks from ‘And the Light Goes White’ also feature the talents of rhythm-section Africa Swenson (bass, piano) and Michael Collins (drums, percussion), who also receive co-writing credits for music to ‘Parasite’ and ‘Life Bites Me’. Other guest performers on ‘And the Light Goes White’ meanwhile include Caroline Blind, who joins Dave on sublime vocal harmonies for ‘All Our Yesterdays’, and Robert Frank, drummer for L.A. psychobilly band Coffin Draggers. A long-time contributor to The Dramedy, in addition to playing drums on ‘Vow’ and ‘All Our Yesterdays’, Robert Frank also engineered and recorded much of the new album, before ultimately mixing and co-producing ‘And the Light Goes White’ alongside Dave.

Given the album’s range of styles, it’s no surprise that Dave Dramedy cites a diverse array of musical influences for ‘And the Light Goes White’: from Pulp, Blur, Oasis and Lush, to Rilo Kiley; through to T. Rex and John Lennon; Patti Smith and Siouxsie and the Banshees; Gang of Four and Pigbag; Mudhoney and Nirvana; The Rapture and Hot Hot Heat; or NIN, Depeche Mode, and Einstürzende Neubauten. Dave explains that while some of those influences aren’t always immediately obvious, scratch beneath the surface and they are still there:
“Some (of those bands) influenced me musically, some were more in a technical or recording sense, and some were in aesthetics. I really just take the pieces I like from artists and put my spin on them. So even though you can’t really “hear” it, it’s definitely there.”
‘And the Light Goes White’ is available now in digital download format here.
Follow The Dramedy on Facebook and Instagram.
And visit www.thedramedy.com for a wealth of exclusive multimedia content and behind the scenes glimpses into the creative process, including regular blogs, photo shoots, videos, artwork, collaborations, and more.